During the Dies Natalis 2019, two prominent economists working in the spirit of Jan Tinbergen will be presented with an honorary doctorate.

Prof. dr. Esther Duflo (Massachusetts Institute of Technology and laureate Nobel Prize in Economic Sciences 2019) is Professor of Economics and receives an honorary doctorate by the recommendation of Erasmus School of Economics. Professor Olivier Marie, together with Professor Dinand Webbink honorary promotor, presents this doctorate. Duflo is co-founder and director at the Abdul Latif Jameel Poverty Action Lab (J-PAL), a global research centre, working to reduce poverty by ensuring that policy is informed by scientific evidence. In her research, she seeks to understand the economic lives of the poor, with the aim to help design and evaluate social policies. Trough J-PAL, she is the driving force in promoting field experiments as an important methodology to discover causal relationships in economics.

Esther Duflo’s outstanding academic qualities were clear from the start of her career: in her PhD dissertation, she was the first to provide conclusive evidence that in a developing country, more education results in higher wages. At age 29, she was promoted to associate professor with tenure, making her among the youngest scholars to be awarded tenure. As early as in 2009 she was named a MacArthur Foundation Fellow, otherwise known as a "genius" grant, and in 2010 she received the John Bates Clark Medal, dubbed the ‘the Nobel prize for economists under 40’. The last decade she has received numerous honours and prizes for her work on health, education, financial inclusion, environment and governance. These include the Princess of Asturias Award for Social Sciences, the A.SK Social Science Award, Infosys Prize and the David N. Kershaw Award.

Prof. dr. Dani Rodrik (Harvard University) will be receiving an honorary doctorate by recommendation of the International Institute of Social Studies. Honorary promotors are Professor Mansoob Murshed and Professor Peter van Bergeijk. The Ford Foundation Professor of International Political Economy has published widely in the areas of economic development, international economics, and political economy. His current research focuses on employment and economic growth, in both developing and advanced economies.

He is the recipient of the inaugural Albert O. Hirschman Prize of the Social Sciences Research Council and of the Leontief Award for Advancing the Frontiers of Economic Thought. Professor Rodrik is currently President-Elect of the International Economic Association. His newest book is Straight Talk on Trade: Ideas for a Sane World Economy (2017). He is also the author of Economics Rules: The Rights and Wrongs of the Dismal Science (2015), The Globalization Paradox: Democracy and the Future of the World Economy (2011) and One Economics, Many Recipes: Globalization, Institutions, and Economic Growth (2007). 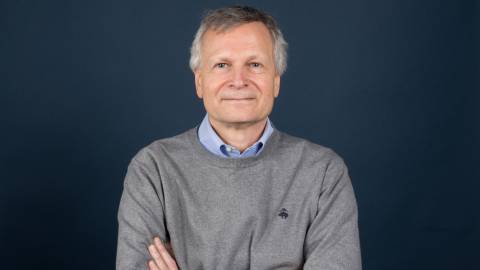 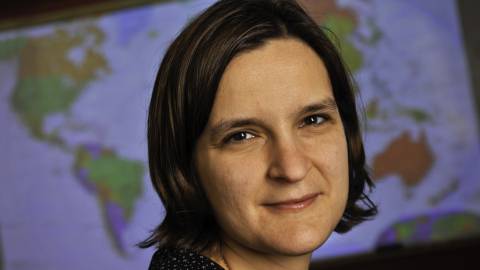 On Friday, 8 November, Esther Duflo – who was recently awarded the 2019 Nobel Prize in Economic Sciences – will be presented with an honorary doctorate by Erasmus University Rotterdam.