The PhD project ‘Imagining the Divided City’ is part of the Erasmus Initiative ‘Vital Cities and Citizens’. Imagining the Divided City is an ethnographic study of heritage and post-conflict representation in Belfast, Northern Ireland. As Belfast officials endeavour to distance the city’s reputation away from the 30-year conflict known as the Troubles, it is precisely that contentious past which attracts many tourists. The inherent friction between a desire to move away from violent histories and simultaneously promote the city’s unique characteristics and identity through tourism requires constant negotiation between the various tourism actors, leading to multiple, alternative and contested narratives of the past and imaginations for the future.

This project takes a multi-actor approach to understanding how the city municipality, official tourism actors, and local residents working in the tourism industry deal with representing the city of Belfast. The inclusion of multiple perspectives allows for the uncovering of conflicting approaches, goals and motivations in representing the city. Within each case, the project examines the varying processes of heritagisation and touristification and its significance in relevant communities. By examining how different actors in Belfast deal with representing the past and/or promoting the future, this project hopes to gain a deeper understanding the role of tourism in producing new, or continuing existing, conflict dynamics in a post-conflict context.

The aim of this project is to examine both the varying processes of heritagisation, by both official top-down policies and local bottom-up initiatives, as well as the practices of different actors. More specifically, this project closely examines walking and taxi tours of west Belfast to understand how the narrative of the Troubles is being determined and negotiated by local tour guides during tours of the famous peace wall and political murals. Such bottom-up practices are then contrasted with official tourism initiatives such as Game of Thrones tours, and the reorientation of Belfast’s heritage away from the conflict and towards more commercial enterprises. This includes the integration of non-Troubles heritage such as the linen and shipbuilding industries with media and popular culture products like Titanic and Game of Thrones. This project therefore challenges traditional notions of heritage and uncovers various conflicting and divergent strategies to understand how the image of the “new Belfast” is constructed, manipulated, maintained and contested.

Read more about the Erasmus Initiative ‘Vital Cities and Citizens’ 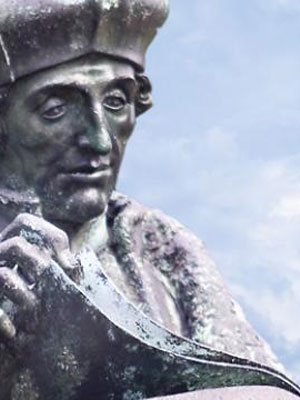