Philosophy of Science adresses the concepts, insights and skills that are involved in understanding philosophical texts about science.

Start in week of 3 October 2022. Lectures on Monday and Tuesday. Working group of your choice.

Having followed the course Epistemologie (previously titled Philosophy of Science I), in the preceding block, because what has been taught in that course will be taken for granted in this course, by professor and tutors.

Please consult the course guide for the most up-to-date timetable and course description. Course material to be found in Canvas. 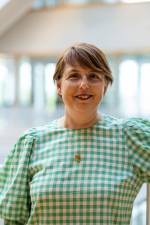