From football stars to 'happiness seekers'. Migration is part of our lives

Migration has always been here and always will be. Wars and other disasters cause migration, but also football players who go play in another country migrate. “In the history of mankind, we are constantly on the move. Migration is part of our shared history,” says migration researcher Fiona-Katharina Seiger. “That's why it's such an important topic to research and, today, it happens on a large scale.” We dive in with Fiona-Katharina Seiger, music researcher Julian Schaap and media scientist Amanda Paz Alencar.

In addition to being researchers, all three have more in common: they are all involved in a scientific podcast that discusses migration. Julian on the 'Culture & Inequality' podcast, Fiona and Amanda create ‘The Migration Podcast'. “We have made a nice 'Collab' of the two podcast series. There will be a total of three episodes: migration and media, migration and music, migration, and sport," says Julian. All episodes are online since this week. The three episodes are part of the KNAW Science Communication project as well which is coordinated by ESHCC researchers Amanda Paz Alencar, Julian Schaap, Pauwke Berkers and Jacco van Sterkenburg. The project is funded by KNAW and additionally consists of media literacy workshops and a digital handbook.

Julian discusses the link between music and migration in one of the episodes. To what extent do migrants take music from their homeland with them to the country they migrate to? “In my research into Syrian refugees, you see that they also listen to Dutch music. First, they learn the language. Later, they also get an idea of how Dutch culture works,” says Julian. “We see that music helps in the migration process. Music is a universal language. Scientist Marco Martiniello has something nice to say about this: ‘Listening to music together often helps better than a conversation’. Just like going out. It is sometimes difficult to start a conversation with someone. But it’s easier to dance to the music. You feel the connection sooner or not at all, naturally.”

“Migrants are often the black sheep. They have done it. Political issues or economic misery. Media play a major role in that.” 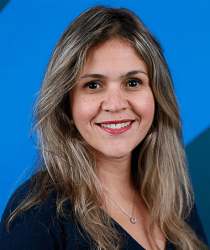 Amanda Paz Alencar has been migrating since she was nine months old. “We moved every year. First within my native Brazil, later abroad. As a teenager, that becomes difficult. Then you suddenly never see your friends again. There was still little technology to keep in touch. People just disappeared from your life. That is of course completely different now with all technology.”

Media and technology play a major role in framing migrants’ lives and public attitude towards migration. Amanda is investigating that. Migration is claimed by right-wing politicians not only in the Netherlands but all over the world. “Migrants are often the black sheep. They have done it. Political issues or economic misery. Media play a major role in this,” says Amanda. “The message is only different around the world. In Brazil there are many refugees from Venezuela, who fled hunger, violence and hyperinflation in their country as a consequence of communism and economic sanctions from the West. Brazilian President Bolsonaro is using the refugees to show how good he is and how bad communism is. Migrants are used for different political agendas.”

The image of Europe

Fiona-Katharina Seiger mainly looks at the role of social media in the overall process of migration. “People who have migrated often keep in touch with people in their home country through social media. It may be that they are having a hard time, but they don't want to show that. They don't want their family to worry. That in turn creates an image of Europe, which is often more beautiful than reality.”

Amanda responds to this: “It is also about the trust that migrants have in the official information channels. There is a lot of mistrust and suspicion. Many migrants do not trust the information provided by European governments and even NGOs. Often, they don't trust their own government, so why should they trust another government?”

The same conclusions came from Fiona's research: “Migrants have the most confidence in friends, family or persons introduced to them by family or friends. That's why social media plays such a big role. And if you add that to the predominantly positive stories that are being sent from Europe, you see the problem. There are also traffickers active on social media. Many people are being scammed: for example they pay a lot of money and receive false documents, believing these are part of the visa application process. The surrounding industry is large and it is interesting to investigate the role that media play in it.”

“When we think of migration, we often think of 'happiness seekers'." 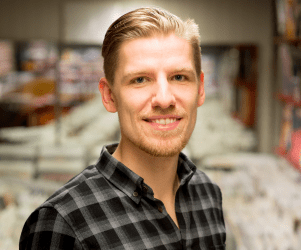 Racism on the field

We also see migration in sports. Julian Schaap is involved in one of the podcast episodes where this topic is discussed. EUR-scientist Jacco van Sterkenburg can be heard in it. “When we think of migration, we often think of 'happiness seekers'. People looking for new happiness in a different place. In sports, migration is much more accepted. Within clubs and national teams. Athletes get a passport or residence permit much faster to play for a new club or even a new country. You hardly ever hear about that. It's a completely different picture of how many people view migration."

Julian: “The podcast episode about sports takes a closer look at racism on the pitch and those fans all have expectations of players coming from a particular country. It is precisely at moments like these that you see that migration is pervasive throughout society.”

Listen to all episodes of the podcast now!

This POPLIVE report contains facts, figures and analyses based on almost 300.000 live pop performances in the Netherlands during twelve years.