Recently it has been argued that throughout human history, the only times socio-economic inequalities have levelled themselves out is in the aftermath of extreme violence or sudden mass mortality caused by epidemics. While the supporting evidence for the modern periods seem broadly convincing, however, the pre-industrial evidence in support of this contention remains patchy, scattered, and unsystematic. The argument is also surprising given that certain pre-industrial historical examples have shown that certain social groups were sometimes able to buffer shocks to a greater degree than others – instrumentalizing hazards to their advantage.

The contribution of this project is to move beyond the state of the art by (a) more carefully reconstructing the diverse characteristics of epidemic diseases across large areas and long periods using standardized sources; therefore newly considering epidemiology as a potential driver of different distribution outcomes, (b) offering previously underexploited source material to reconstruct distribution outcomes both shortly pre- and post-epidemics, and (c) broadening the analysis of distribution away from simply material economic resources to examine how different epidemics can shape future prospects of children and young people, and affect societal attitudes towards the poor. Considering contemporary concern over emerging infectious diseases, it is imperative we understand epidemics’ capacity to shape socio-economic development; especially considering grossly inaccurate predictions of economic impact for recent Ebola outbreaks in Western Africa. 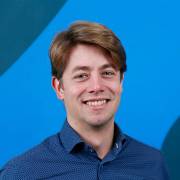