Jacco van Sterkenburg works as an Associate Professor in the Department of Media & Communication at Erasmus University. He obtained his PhD at the Humanities faculty of Utrecht University in 2011. In addition, Jacco has an MA (Drs.) degree in Psychology at Utrecht University with a specialization in Cross-cultural Psychology. Jacco van Sterkenburg’s dissertation Race, Ethnicity and the Sport Media dealt with sport media (re)constructions of race/ethnicity and gender. Before starting at Erasmus University in March 2013, Jacco worked as a researcher and lecturer with the Media and Culture Studies department and the Utrecht School of Governance (both Utrecht University). From 2002 until 2007, he worked as a researcher at the Mulier Institute, a Dutch centre for social science research in sports. For the past years, Jacco van Sterkenburg’s research focused in particular on the following topics:

Jacco’s research has gained recognition inside and outside academia. This is evident from academic awards, grants and publications in books and peer-refereed journals such as Media Culture & Society, Journal of Sport and Social Issues, International Review for the Sociology of Sport, Soccer & Society and Journal of Multicultural Discourses. He has participated in advisory committees, popular fora, debates, and TV programs. Jacco’s teaching focuses on intercultural communication, sociology of sport, media and diversity, audience reception research and theory, politics of representation, and research methods. Currently, Jacco van Sterkenburg is also a Visiting Research Fellow at Mulier Institute, a member of Young Erasmus, and one of the twelve Advisory Board Members of the International Sociology of Sport Association (ISSA) (2016-19). 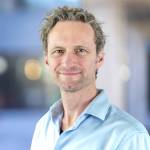