Online marketplaces such as Amazon take legal matters into their own hands when a buyer is not satisfied. Consumers are often found to be in the right, without a selling party being able to defend itself, PhD research by Emma van Gelder (Erasmus School of Law) shows. Smaller companies need more protection, she believes. Regulation and procedures for conflicts over online purchases need to improve.

It can happen to anyone; you order a pair of shoes online, but when the package arrives, they unfortunately turn out to be a size too small. No harm done, because the online shop has an excellent return policy and your money is back in your account within a week. Things can also turn out very differently, PhD candidate Emma van Gelder experienced. In 2018, she ordered a dress from Italy for a wedding, only to find out that the fit left much to be desired. She sent the dress back, but never got a new one - nor did she ever see the money back.

"Despite the promising return policy and a very tiresome email exchange, we never came to an agreement," she says. "I didn't know what my options were, especially because of the Italian context, and in the end I let it rest. Very frustrating all in all." Van Gelder's dissertation focuses precisely on the (technical) options for resolving such disputes. Fortunately, most platform sellers, such as Bol.com and Amazon, are handling dissatisfied customers with increasing generosity. The reason is simple: "Companies fear reputational damage, so they make it very easy for customers. That's the only way consumers keep buying."

"Companies fear reputational damage, so they make it very easy for customers. That's the only way consumers keep buying." 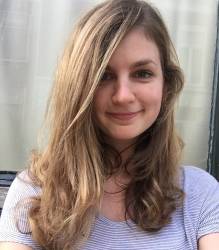 With online purchases increasingly becoming the norm, the likelihood of online disputes is also increasing. Going to court is not obvious, partly because the legal costs are rarely proportional to the purchase amount. In such a case, you can complain to the purchasing party itself, which has usually set up its own infrastructure for consumers. For offline purchases, or when you cannot come to an agreement with a seller, out-of-court dispute committees exist. "Unfortunately, these are relatively powerless in some countries. In fact, a selling party does not have to cooperate in many cases because it's done out of court."

For van Gelder, this is problematic, as access to justice is put under pressure. With an increasing number of disputes being handled online, especially since the corona-period, she believes there should be better regulation and clearer agreements, especially for proceedings offered by online platforms. European legislators are working on this, publishing a new Digital Services Act (DSA) in October. This states, for instance, that online marketplaces should offer better-quality procedures and be obliged to cooperate with external dispute boards (Articles 17 and 18).

A step in the right direction, but the PhD candidate notes that this is, by far, not enough. She believes that there is far too little focus on algorithms that online marketplaces use to filter out unjustified claims. "Those algorithms are made by programmers who may have no understanding of law at all. They programme in certain biases, whether unconsciously or not. The decision-making is not independent, but therefore also not very transparent."

A party like Amazon Marketplace alone handles around 80 million disputes a year through their own platform. Buyers are increasingly protected, according to the researcher, but this is often on the backs of 'third party sellers' (smaller companies that sell their services through bol.com or Amazon Marketplace). "These sellers are forced by online marketplaces to cooperate with the procedures, while these procedures are often unfair. For example, if a consumer files a complaint, a seller gets two days to tell their side of the story. If this arrives in your spam box or while you are on holiday, you are out of luck. Their account can be suspended if they don't pay and that in turn can turn into bankruptcy."

This approach not only violates the fundamental right to be heard, but also invites exploitation by consumers, the researcher said: "Uploading a picture of the wrong colour shoe could happen to anyone. Amazon simply tells sellers to just send a new pair. A small company doesn't have a doens't have a say while someone could just be making stuff up."

These smaller sellers need more protection. There should be more transparency and fair procedures, van Gelder believes. Another recommendation is that online marketplaces should take better account of the interests of smaller businesses. "This may not be in the interest of these marketplaces, but they resolve so many conflicts that they almost become a public function because they often have to play judge. I think that's why the government has a responsibility to regulate more strictly."