I pursue an approach to philosophy of economics that aims at assessing the involvement of the social sciences, economics in particular, in the management of current affairs. 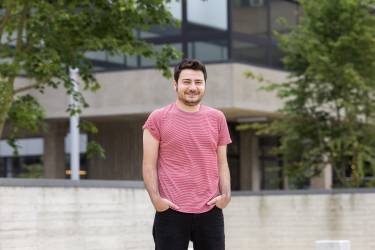 Understanding Economics as an Inductive Policy Science in Societal Context

I pursue an approach to philosophy of economics that aims at assessing the involvement of the social sciences, economics in particular, in the management of current affairs. To this end, my research focuses on foundational and methodological issues in social sciences that have normative bearings with potential performative impacts over the organization of society and economy.

One such issue that I focus on is the practice of inductive methods in social sciences. Economists have peculiar and idiosyncratic methods to observe (micro and macro level) “economic behavior” to draw theoretical and practical conclusions about economy: the list of such methods includes but is not limited to abstract mathematical modelling, advanced statistical techniques, measurement, laboratory and field experiments, and fMRI scanning etc.

Each alternative ways and processes through which economists decide which phenomena are worth studying, form concepts, collect data and form evidence about them, interpret their findings fulfills distinctive pragmatic functions for societal use.

I investigate the nature of the interrelationship between economics and society through assessing concrete cases of social-economic arrangements on which economic science has significant effects (such as Nudge policies that are based on behavioral economic findings, use of Randomized Controlled Trials in forming economic development policies, construction of FCC auctions on the basis of game theory and economic mechanism design, economic indicators of human and environmental well-being  that informs economic policies etc.)

To illuminate the problems arisen from such practices, I draw from contemporary debates about the nature of scientific evidence, inductive reasoning, and the epistemic role of non-epistemic values in analytical philosophy of science, feminist epistemology, historical and sociological studies of science, social theory and general philosophy.

My overarching project is to engage in these debates as well as to contribute to the calls for genuine pluralism in studies of economies and economics.