Rivalry for Trade in Tea and Textiles. The Dutch and English East India Companies (1700-1800)

During his post-doctoral research at Warwick University, Chris Nierstrasz was part of the ‘Europe’s Asian Centuries, trading Eurasia’ project at the University of Warwick. The project, funded by the European Research Council, chartered the history of the first global economic shift during the period 1600 to 1830. It challenges the long divide between Europe and Asia in history writing, and explores the subject of Eurasian trade in a global context. This project studied how after a period of two centuries of European primacy over production, the 21st Century has witnessed a new Asian ascendancy over the West. Europe has lost the manufacturing catalyst of textiles, ceramics and metal goods back to India and China.

Within this broader frame-work, Chris Nierstrasz engaged in a comparative study of Europe’s trade with India and China in tea and textiles. His research explores how Europe’s pursuit of goods moved it from a premodern to modern trading world, against the backdrop of Europe’s Industrial Revolution and India and China’s displacement as manufacturing and economic world leaders. The global connections between production, trade and consumption in tea and textiles had not been studied comparatively (Dutch and English East India companies) or from a global perspective before. This is also the first time the trading statistics of both companies, including different varieties of tea and textiles, have been excavated from the archives.

In the Shadow of the Company. The Dutch East India Company and its Servants in the period of its Decline (1740-1796)

During his PhD, Chris Nierstrasz was part of the TANAP (Towards An New Age of Partnership) program. This program was mainly aimed at young Asian scholars who wanted to disclose the history of their own region through the archives of the Dutch East India Company (VOC). The VOC-archives provided a treasure trove for such research as the VOC had a unique network of trading settlements throughout Asia. All the information gathered in all these different regions for which the VOC had an interest has been conserved in the archives. Until TANAP, these archives had virtually been unexplored by historians, let alone to tell these unknown histories.

As part of this project, Chris Nierstrasz studied another source which has hardly been used, namely the private correspondence of Lubbert-Jan van Eck (1719-1765). Due to his abrupt death in 1765, his correspondence (incoming and outgoing letters within Asia) has been conserved in the National Archives in The Hague. This invaluable and unique source material offers an exclusive insight in the informal world of Dutch East India Company servants. Historians have often seen East India companies as the first modern multi-national companies, but the VOC was still an early-modern global trading company. Due to the long lines of communication and a lack of funding, the VOC allowed ample room for private initiative within its organization. These initiatives made long-distance trade possible, but also hampered the profitability of the VOC. Due to this ambiguity, servants had an interest in keeping their private doings to themselves, which also meant little direct evidence of their comportment exists, although they have continue to have a bad reputation.

Chris Nierstrasz, In the shadow of the Company: the Dutch East India Company and its servants in the period of its decline, (1740-1796). Leiden: Brill, 2012. 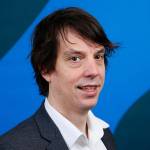