This year’s remarkable winner, Antoinette de Bont, is Professor of Sociology of Innovation in Healthcare at the Erasmus School of Health Policy & Management (ESHPM). She receives this recognition for her many concrete contributions to advancing diversity and inclusion at Erasmus University Rotterdam (EUR). The prize will be awarded during the 107th Dies Natalis of the EUR.

"The actions of Antoinette de Bont are characterized by the calmness she exudes and the daring to raise subjects, she always does so in a constructive manner and with respect for all parties involved", says Prof. Dr. Liesbeth Noordegraaf-Eelens, Chairman of the jury FAME Athena Award.

She has “helped to smash the glass ceiling by becoming the first woman member of the Board of ESPHM”. She has given “people from various backgrounds the best chances she can offer”. She is indeed “an inspiration to those surrounding her.” The jury was greatly impressed by the way Antoinette de Bont has strengthened the position of women, also with an eye to intersectional differences, within ESPHM in her role as diversity officer. This has taken many forms, including: in-house trainings, promotion of the 25-25 programme, devoting attention to position of women within the School and supporting young fathers who combine their academic career with a full contribution to family life, in such a manner that it normalizes (and strengthens) a more gender equitable approach to ensuring a healthy and productive balance between work and family life, also for women.

The FAME Athena Award is presented annually to an employee of the EUR who has made a special effort to promote gender diversity within the university. Professor Dianne Bevelander won the Award last year. This year the jury received no less than 30 nominations, which were spread across different faculties. The jury noticed that there are more and more initiatives that contribute to gender diversity. These include Academic Leadership "Minding the Gender Gap", the Divers-EUR student initiative, the flourishing network at Erasmus School of Economics and at Erasmus MC (Vena), support for diversity from the University Council and the EUR policy (e.g. 25/25). In addition, we see participation in the SYNC Lab, visibility in the public debate and representation at Athena's Angels and the National Network of Women Professors (LNVH). It shows that gender diversity has a broad and growing support base within the EUR.

Antionette de Bont will receive the FAME Athena Award during the 107th dies natalis of EUR, on Friday 6 November 2020. For the first time in history, the dies natalis will be entirely virtual (online). This year’s theme is ‘Leading today, shaping tomorrow’. The broadcast will start at 3.30 P.M..

Want to receive more news? Sign up for the Erasmus Newsletter. 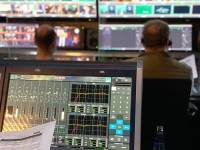 Erasmus University Rotterdam will be celebrating its 107th anniversary with the Dies Natalis on Friday 6 November 2020. For the first time in history, the Dies Natalis will be entirely virtual (online).