Lately, there has been much pressure for policies to change. Not to ban alcohol, as was tried in the US during the Prohibition era, but to legalize marijuana or cannabis. Some American states have already done so and other jurisdictions have cut down on prosecution and criminalization. Uruguay went the whole nine yards through full legalization of cultivation, wholesale, retail and consumption. But the country that really stands out is the Netherlands.

The Netherlands decriminalised marijuana consumption already some four decades ago and its coffeeshops are now as much of a landmark as its windmills and dikes. This has not gone unnoticed by foreigners. The large cities in the Netherlands increasingly need to deal with drug tourism, with people from all over the world dropping by to smoke a joint or two.

Maastricht, a university city in the far south-east of the Netherlands locked between the German and Belgian border, had enough with the public nuisance that accompanied drug tourism. The city introduced a policy that limited access to its 13 coffee shops based on nationality. Natives, Germans and Belgians were exempted but all other nationals, including those studying in Maastricht, were no longer able to buy cannabis legally. This policy was in place for 7 months after which the cannabis shops went on strike in anticipation of new legislation that, in their eyes, impeded their customers’ privacy. This situation created a perfect natural experiment setting for researchers Olivier Marie, Professor at Erasmus School of Economics, and Ulf Zölitz (Briq, Bonn) to investigate the causal effects of a change in legal cannabis access on university student performance.

Using data on regular test results over time for all business and economics students, Marie & Zölitz found that the restriction on cannabis access significantly increased performance of individuals from banned nationalities. During the restriction policy, their scores were on average 10.9 percent of a standard deviation higher and their probability of passing a course increased by 5.4 percent. The literature also suggests that cannabis consumption impairs numerical skills proportionally more. In line with this, the effects of restricted access were found to be 3.5 times larger for performance in courses that required statistical and mathematical skills. These findings could be interpreted as an argument for limiting cannabis access as it does suggest that it changes consumption behaviour of certain individuals who in turn have lower productivity. However, the authors stress that their findings are a small part of a multi-dimensional societal cost and benefit analysis and should not be interpreted in isolation from other perspectives. There might be some severe negative consequences of making access illegal – such as increased demand through illegal channels and thereby routing cash flows into the pockets of narcotic gangs. In any case, an important takeaway message from this research is that smoking cannabis before a (statistics) exam might not be such a good idea! 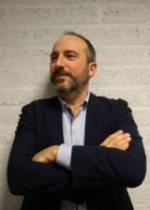 This article is based on the publication “High Achievers? Cannabis Access and Academic Performance” by Olivier Marie and Ulf Zölitz in the Review of Economic Studies.