The Science Café lowers the threshold for science

Every last Monday of the month, you can visit a Science Café in Rotterdam. Talking to a scientist, about his or her research, just because you have an interest in science. Free of charge, accessible to everyone. That's the concept of the Science Café.

Mix of science and society

With the Science Café, the committee aims to bridge the gap between science and society. Scientists tell a story that any Rotterdammer can follow. "So not elitist and not complex," explains Michèle Molendijk, committee member PR External. "It is important that the scientist is really approachable. That there is no threshold."

"It is important that the scientist is really approachable. That there is no threshold." 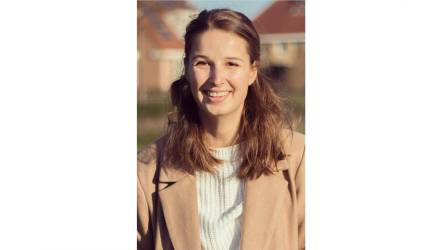 The evenings have a set format. First the walk-in, then an artistic introduction by one of the columnists, then the informal reading - without audiovisuals, which is a requirement -, then a break to let the information sink in and order a drink. Then the second half: questions from attendees. This often naturally turns into a discussion. "I like the questioning part the most," says Roy. "Questions raise other questions. The informal setting helps with that.''

Out of your bubble

The audience is generally very diverse. "Young people come, but also people in their 80s. That leads to fun discussions," Michèle says enthusiastically. "A previous time, mother and daughter attended together." Before the event, the Science Café is announced in local news sources such as the Havenloods and Indebuurt.nl. There are regular visitors, but also people who come for specific topics. Visitors get access to a scientist, who they can question. But vice versa, the scientist also gets the chance to interact with visitors. Roy explains: "For any researcher, it is important to know who you are doing research for". Michèle adds: "It is important to step outside your own bubble".

No to PowerPoint, yes to confetti

Speakers are explicitly instructed not to use audiovisual aids in support of their story, which is something the committee regularly receives initially disappointed or surprised reactions to. "We deliberately do not use PowerPoint," says Michèle. "This way, speakers really rely on a clear story, which they have to be able to tell in a simple way. Many speakers end up finding this a nice challenge."

For the committee members themselves, it is also inspiring. Roy explains: "Science communication is important. How can you explain abstract research easily? I find the example of imagery very interesting. It's so nice to see how speakers approach that. How they get their story across properly. For example, there was once a researcher who punctured balloons with confetti in them to portray the administration of topical medication."

"Science communication is important. How can you explain abstract research easily? I find the example of imagery very interesting. It's so nice to see how speakers approach that.'' 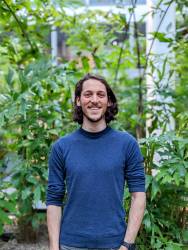 Chairman of the Science Café committee

The Science Café is based on the Cafe Philosofique, which was started in France in 1992 by philosopher Marc Sautet. He wanted to create an opportunity where 'ordinary people' could discuss philosophy. This idea was later used for the first Cafe Scientifique in the UK. Today, there are numerous cafes scattered around the world. In 2004, the Science Café Rotterdam kicked off, being the first in the Netherlands.

The Science Café is looking for new committee members. Would you like to help organise the following events? Send an e-mail to wetenschapscafe@erasmusmc.nl.