Special Issue: The Science and Politics of Glyphosate

In June 2019 Prof. Alessandra Arcuri and Dr. Yogi Hale Hendlin, researchers of the Dynamics of Inclusive Prosperity Initiative, organized a workshop which brought together academics, scientists and policymakers to explore the controversial case of glyphosate, the active ingredient in Roundup® and other commercial broad-spectrum herbicides. This workshop now lead to a Special Issue of the European Journal of Risk Regulation. We are very proud of the rich group of scientists that have contributed to this Issue and that lawyers, social scientists and hard scientists were able to publish together. The Introduction is open-access, as well as most of its articles.

As the most used pesticide in the history of the world, glyphosate deserves closer examination. Herbicides are complicated: they are sluices containing multiple chemicals, which may be individually or in combination dangerous to human and ecological health. Recent scientific studies have shown that some of glyphosate’s co-formulants present in its commercial version as Roundup® are even more dangerous than the so-called active ingredient.

The recent public treatment of glyphosate exposes many flaws in the existing laws and policies concerning pesticides more generally. Widespread and heavy use of pesticides takes an accumulating toll on the environment and health. We should start to think about how to reduce the amount of pesticides by monitoring how much is used globally and the side-effects of its application.

Introduction to the Symposium on the Science and Politics of Glyphosate
Alessandra ARCURI, Yogi Hale HENDLIN

2. Danger! Glyphosate may Expose Weaknesses in Institutional Systems: EU Legislation and Comitology in the Face of a Controversial Reauthorisation
Ton VAN DEN BRINK

4. Fact or Fiction? Case C-616/17 and the Compatibility of the EU Authorisation Procedure for Pesticides with the Precautionary Principle
Sophia PAULINI

5. Shining a Light on Glyphosate-Based Herbicide Hazard, Exposures and Risk: Role of Non-Hodgkin Lymphoma Litigation in the USA
Charles BENBROOK

6. The Clash of Scientific Assessors: What the Conflict over Glyphosate Carcinogenicity Tells Us about the Relationship between Law and Science
Vesco PASKALEV

The Workshop was a joint initiative with funding provided by the Erasmus Initiative: Dynamics of Inclusive Prosperity & The Erasmus Institute of Public Knowledge. 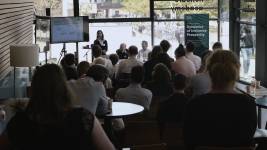 The Science and Politics of Glyphosate

As the most used pesticide in the history of the world, glyphosate deserves closer examination. This workshop on Thursday June 6th brought together academics,… 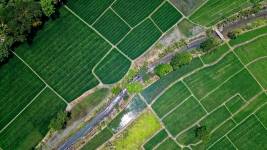 Workshop The Science and Politics of Glyphosate

The Workshop The Science and Politics of Glyphosate will take place on June 6th 2019.