Daniel Trottier is Associate Professor at the Erasmus School of History, Culture and Communication (ESHCC). His current research considers how digital media are increasingly used - or misused - for denunciation, shaming, doxing and conspiracy theories. Trottier received a Vidi grant for his research on this 'digital vigilantism' and his book has been published via open access. He is also conducting research on how digital media can help improve the reputation of neighbourhoods that may be considered less desirable areas to live in.

Your open access book Introducing Vigilant Audiences was recently published. You talk about 'digital pillory' as a form of digital punishment. Can you explain what this means and why it is relevant?

"The search for forms of moral scrutiny and justice has always happened, and nowadays this search is often conducted through digital media. People can pillory each other digitally in different ways: You make a video, put it online and thousands of people can watch and criticise it. The problem is, as soon as it’s online, you lose control of the content. We see this phenomenon in different contexts: from pedo-hunters to anti-racism, but also against people who don't wear their masks over their nose. Websites like Dumpert, Geenstijl or FOX News work with this phenomenon of digital vigilantism. Sometimes the consequences get to the point where proportionality is gone."

And that's a problem for the people featured in these videos?

"Yes, but also for the people who distribute these videos, sometimes they get the backlash. And it actually increases polarisation in society."

Is there a solution?

"All people should get (social) media training, not only children. People often don't realise the impact of their action. We are still a bit illiterate in this regard. What is clear from my interviews is that one of the reasons people create these digital pillories is because they are looking for some kind of community. They are actually looking for connection with other people. That in itself is a plausible desire. People used to have the church or their family; that influence is diminishing. But religion is not the solution for everyone. We can think about technological solutions on the one hand such as ‘report’ buttons, and about a more humanistic design of these platforms on the other, so that preventing social harm comes before maximising user engagement."

"What emerges from my research: one of the reasons people create digital pillories is because they are looking for some kind of community"

You're also conducting research on how digital media helps make (or break) the reputation of neighbourhoods. What exactly are you researching?

"Our BOLD cities project is about how reputations of different neighbourhoods change over time, not only through gentrification but also through the use of digital media. And how that works specifically in neighbourhoods that don't have a good reputation, like Rotterdam-Zuid.

To really change something or have an impact, it is important that we as scientists realise that we cannot just walk into a neighbourhood with ‘the answers’. To have social or societal impact, we must learn to listen. That is what we are trying to do in this project: map the neighbourhood by talking to the people. I don't believe in ‘quick impact’. And our power as scientists is not huge either; things like internal conflicts in a neighbourhood we often cannot change.

To further increase impact we can collaborate with other universities: BOLD cities is also a collaboration between the University of Leiden, TU Delft and EUR."

You have published your books, Introducing Vigilant Audiences (2020) and Violence and Trolling on Social Media (2020), via open access. Why did you choose this publishing avenue?

"Open access publishing is important because in this way research becomes accessible even outside the university environment. In addition, it is important because developments in the world are moving quickly. Think of movements such as #metoo and #BLM, but also of developments in individual neighbourhoods. Science generally moves slowly, and open access publishing is a way to learn about new perspectives faster, for example, through almost-instant feedback."

Do you have some advice for fellow researchers?

“Open access is a rapidly changing landscape, in terms of publishers, repositories and funding. Listen to your local research librarian, and take the time to find venues that can support you.”

"As a scientist, you cannot just walk into a neighbourhood with ‘the answers’"

Would you like to know more about Dealing with work pressure within EUR? Then take a look at MyEUR (employees).

“We want to remove the cause of work pressure”

Dr. Roos Schelvis is Senior Policy Advisor ‘Healthy and Safe Working’ at HR and researches approaches to workload and work stress in organisations. 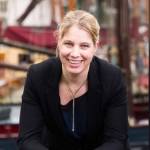 Associate Professor Dr. Daantje Derks on recovering from work stress, how to do it and why it's important. 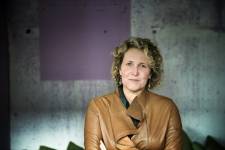 Personal conversations are important to get work pressure under control

Reflecting regularly on how you feel and how your balance is, is important. So is having the conversation about this with managers and employees. Lieke Skidmore, HR-director of EUR, updates us about work pressure in a crisis year.