Alessandra Arcuri is Associate Professor at the Department of International and European Law, Erasmus School of Law. Her research focuses on the global governance of risks and the intersection of international economic law and risk regulation. The Executive Board granted Dr Arcuri the EUR Fellowship, enabling Arcuri to focus on her research project ‘Rethinking Global Technocracy: An inquiry into the Accountability of Global Regulatory Scientific Institutions (GRSIs)’.

A wide range of risks in contemporary societies, related to among others new technologies, international trade relations, and global public goods, are governed by institutions whose functioning we know very little about. Think, for instance, of the regulation of mobile phones. Almost all countries in the world have adopted the safety standards on electromagnetic fields established by the International Commission on Non-Ionizing Radiation Protection, a non-governmental organization, composed of only a dozen scientists. Akin to these, a myriad of influential standards are (co-)produced by new institutions, mainly constituted by scientists, which are referred to as Global Regulatory Scientific Institutions (GRSIs). Notwithstanding the important role of GRSIs for the production of international and transnational standards, little research has been conducted on their nature and operation and even less on their accountability. In her research, Dr Arcuri will focus on the mechanisms to hold GRSIs accountable. The challenges in engaging in such analysis stem from the hybrid nature of GRSIs, being bodies operating at the intersection of science, law and politics and from their global nature. This project takes up these challenges and, drawing on socio-legal studies, aims at bringing the debate on global technocracy to a new frontier, by refocusing the analysis on the accountability of GRSIs.

With the EUR Fellowships Scheme, the Erasmus University Rotterdam wants to provide recently graduated and talented researchers with more assurance in their career move. In principle each year 10 Fellowships are to be awarded.

Prof. Alessandra Arcuri obtained her PhD in 2005 at Erasmus School of Law on Governing the risks of ultra-hazardous activities: challenges for contemporary legal systems. Since 1999 she has been working at Erasmus School of Law, first as an assistant professor and later as an associate professor. She also worked for a long time at the Rotterdam Institute of Law and Economics (RILE). Prof. Arcuri is an academic member of the Erasmus Initiative Inclusive Prosperity. 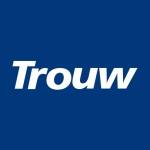 Dr Alessandra Arcuri: ‘Negotiators should not include a special arbitration tribunal in CETA.’ 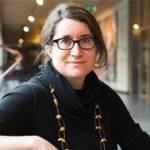