The German Constitutional Court has prohibited German President Frank-Walter Steinmeier from signing a law for the "Next Generation EU"-corona support package. Fabian Amtenbrink, professor of European law at Erasmus School of Law, calls the Hängebeschluss (interim judgment) a potential bomb under the support package in an article in The Financieele Dagblad on Saturday 27 March 2021.

On Thursday 25 March, the German Bundestag agreed to the so-called own resources decision based on which the European Commission can attract billions on capital markets through issuing European bonds. However, following a lawsuit by the Büdnis Bürgerwille organization, the signing of this has now been suspended. Büdnis Bürgerwille argues in his lawsuit that the European Commission's plan conflicts with the European Treaty, based on which the Constitutional Court has already issued an interim judgment to block the signing in the run-up to the substantive treatment of the case.

Büdnis Bürgerwille states that Germany runs the risk of having to raise the entire sum that the European Commission will borrow (€ 750 billion) if the other European member states do not comply with their obligations. Amtenbrink argues that the constitutional role of the German parliament as a budgetary authority could even be jeopardized. Concerning the proceedings, Amtenbrink clarifies that the complainants not only want a decision on the constitutionality of this financing of the European budget but that they also want German legislation on this matter not to enter into force before a judgment has been given. This is a potential bomb under the aid package, according to Amtenbrink, now that the German Constitutional Court has been critical of the division of powers between member states and the European Union in the past.

Also interesting: the analysis “Karlsruhe, again: The interim-interim relief of the German Constitutional Court regarding Next Generation EU” of Prof. René Repasi. 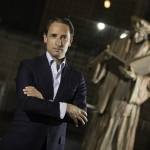