More than a cog in the machine

Everywhere around Europe, young people take to the streets, protesting about climate change. Tomorrow, thousands of kids are expected to come to The Hague. But according to Dr. Payal Arora, the debate is really about something else. ‘It is the undermining of the educational institution and the norm of schooling as an unquestionable routine.’

As thousands of Dutch kids will take to the streets in The Hague on Thursday for action on climate change, there is much debate and hand-wringing on this issue, from fears of valorizing truancy to celebrating this David/Goliath power struggle between young people and the political forces of our society at work.

The media has played it safe, providing multiple frames for these young people who are protesting against the inadequate measures being taken by the government. Take Swedish activist Gretha and how the media is portraying her in a way that builds admiration while at the same time makes the effort to highlight how she is not the norm as she has Asperger’s syndrome. This playing it safe measure is typical of today’s media which seems to be losing their leadership and credibility in the eyes of the public.

So let’s dig deeper on what are actually the big concerns here – is it about young people protesting against the government to take bolder action on protecting our climate? Not really. At least in liberal democratic societies, it is quite usual and almost a rite of passage for young people to express themselves and go beyond their self-interest.

In fact, parents may even be relieved that their children are defying the tropes on how the new generations are inward looking, asocial and narcissistic species as they take to the streets. Parents may even do a bit of self-congratulation that they have shaped a civic minded child.

'Young people are forging ahead in defiance against the school' 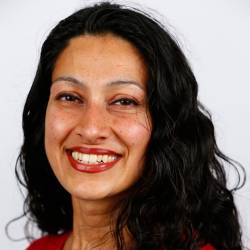 Undermining of the educational institution

So what this is really about is the undermining of the educational institution and the norm of schooling as an unquestionable routine embedded in the youth’s day to day lives. The fact that this protest comes at the price of schooling forces the government to defend this 20th century institutional innovation of the public school and its role in society. This is the crux of the debate and not about climate change per se.

If children start to question what the school is actually delivering, then parents may too, and this would require public institutions like the school to enter into the political realm and that’s tricky. After all, the reason why this institutional innovation worked was its grounding in neutrality – of being apolitical and to serve all of their citizens.

However, we need to remind ourselves that underlying our institutions are a set of values that we need to inculcate and fight for. As public education institutions become more focused on examination scores and information acquisition and less on value formation and civic sense, as is the case these days, it is no wonder the young people are forging ahead in defiance against the school – fired by circulations of media narratives of young people protesting in Sweden and Belgium and elsewhere, and yearning for a larger purpose besides being a cog in the machine.

Dr. Payal Arora, Associate Professor at the Department of Media and Communication of Erasmus University Rotterdam and Founder/Executive Director of Catalyst Lab

International Bachelor Communication and Media: Explore the world of media and its political, economic, and cultural impact.