Borders are opening up and the first flights have taken place. But for most people this summer will be different. Luckily you can see the world watching films. With the tips of last week, you will now have the Top 30 summer films from SG:

1. Thelma & Louise
In one of the greatest road movies of all time, Geena Davis and Susan Sarandon ride to everlasting fame as two women who embark on a crime spree across the American Southwest. Both got a Oscar-nomination.

2. The Wild
A chronicle of one woman's one thousand one-hundred-mile solo hike undertaken to recover from a recent personal tragedy. The hike takes her from New-Mexico to Canada.

3. Cast Away
Stranded on a deserted island, Tom Hanks tries so survive and find a way to get of the island with his friend, the ball he named Wilson. After this you are so happy to be at home where everything feels as a luxury now.

4. Le Fabuleux Destin d'Amélie Poulain
Amélie is an innocent and naive girl in Paris with her own sense of justice. She decides to help those around her and, along the way, discovers love. The film feels like a fairytale set in Montmarte, Paris.

5. Vicki Christina Barcelona
Two friends (Scarlett Johansson & Rebecca Hall) on a summer holiday in Barcelona, Spain become enamored with the same painter (Javier Bardem), unaware that his ex-wife (Penelope Cruz), with whom he has a tempestuous relationship, is about to re-enter the picture.

6. Visage Village
This documentary follows photographers Agnès Varda (age 88)  and JR  (age 33) traveling around rural France, creating portraits of the people they come across on wall, containers and all kinds of  buildings.

7. Moonrise Kingdom
A sweet heartwarming coming-of-age comedic drama. Set on an island off the coast of New England in the summer of 1965, Moonrise Kingdom tells the story of two twelve-year-olds who fall in love, make a secret pact, and run away together into the wilderness. As various authorities try to hunt them down, a violent storm is brewing off-shore -- and the peaceful island community is turned upside down in more ways than anyone can handle.

9. Y Tu Mamá También
In Mexico, two teenage boys and an attractive older woman embark on a road trip and learn a thing or two about life, friendship, sex, and each other.

10. Eat Pray Love
A woman realizes how unhappy her marriage really is, and that her life needs to go in a different direction. After a painful divorce, she takes off on a round-the-world journey to "find herself" while eating in Rome, praying in India and finding love on Bali. Three trips for the price of one!

11. Before Sunrise
The film follows Jesse (Ethan Hawke), a young American man, and Céline (Julie Delpy), a young French woman, who meet on a train and disembark in Vienna, where they spend the night walking around the city and getting to know and falling in love with each other. If you like to binge, be sure to check out Before Sunset and Before Midnight.

12. Peanut Butter Falcon
A modern Mark Twain style adventure story tells the story of, a young man with Down syndrome, who runs away from a residential nursing home to follow his dream of attending the professional wrestling school of his idol, A strange turn of events pairs him on the road with Tyler (Shia LaBeouf), a small time outlaw on the run, who becomes Zak's unlikely coach and ally.

13. Free Solo
A stunning, intimate and unflinching portrait of free soloist climber Alex Honnold, as he prepares to achieve his lifelong dream: climbing the face of the world’s most famous rock... the 3,200ft El Capitan in Yosemite National Park… without a rope.

14. Les Vacances de mr. Hulot
Classic film in which Monsieur Hulot comes to a beachside hotel for a vacation and accidentally, but good-naturedly, causes havoc.

15. Dirty Dancing
Spending the summer at a Catskills resort with her family, Frances "Baby" Houseman falls in love with the camp's dance instructor, Johnny Castle.

We hope we have provided you with some nice tips to watch and you have a great summer. 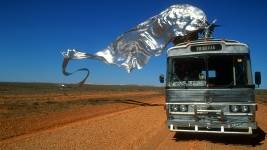 Go travel through film this summer. On a scooter through Rome, walking The Grand Canyon or road tripping with your best friend(s). SG takes you travelling from…