The rise of social enterprises in a post-COVID-19 world

One of the many frightening things about the COVID-19 pandemic is the way it has exposed the fragility of our society. Virus test shortages, health equipment shortages, even toilet paper shortages – all have served as a reminder that we are not nearly as secure as we like to think. Social enterprises, broadly defined, are a special kind of company that people organize not for personal financial gain but to provide public goods that neither the government nor the conventional private sector seems capable or willing to provide. Tine de Moor is Professor of Social Enterprise and Institutions for Collective Action at Rotterdam School of Management, Erasmus University: “Institutions for collective action tend to grow more popular in times like ours, when groups of people start to feel that their society’s institutions aren’t looking after their personal interests…”

'Undoubtedly, policymakers and corporate leaders will use the crisis as an opportunity to make important changes to policy and strategy. As President Obama’s chief of staff Rahm Emanuel – possibly channelling the spirit of Sir Winston Churchill – quipped during the Great Recession of 2007-2009, you never want to waste a “good” crisis. But I think it’s also important to recognize that the institutions I study – social enterprises – are likely to play a growing role in the post-pandemic era.

In my prior post at Utrecht University, I studied the evolution of a specific type of social enterprise, in the form of institutions for collective action, from the Middle Ages to the 19th century, and on up to today. Institutions for collective action tend to grow more popular in times like ours, when groups of people start to feel that their society’s institutions aren’t looking after their personal interests and at the same time feel they should contribute to broader societal problems personally, instead of aiming for a financial profit. Such collectives of citizens band together to create an institution that can provide them with a variety of things the government and the private sector have not delivered to their satisfaction, such as green energy, assisted living for senior citizens or sustainable farming.' 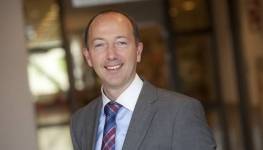 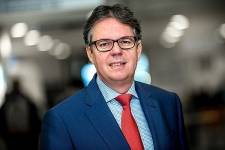 Prof. Dirk Schoenmaker: "We stand on the brink of a great transition at the end of which the societal and environmental impact of corporate projects will take…