Prof. Jeroen van der Waal on research into the differences in health outcomes

We are investigating the mechanisms responsible for differences in health outcomes and political preferences between the less and more educated. 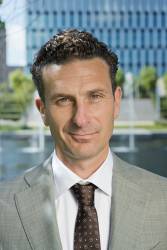 'It is very well known that the less educated are more likely to suffer from health problems and have other political preferences than the more educated. But why is this? Together with my research group, I develop and test explanations for the much-discussed differences between the more and less educated. Research funding in the form of a VIDI-grant from the Netherlands Organization for Scientific Research (NWO) and by the Erasmus Initiative “Smarter Choices for Better Health” greatly aid in doing so.'

'Much of our research begins with the observation that conventional explanations focusing on differences in material resources between the less and more educated fall short. There are various indications that cultural differences between those groups play a more crucial role. For example, many less-educated people experience that highly-educated people look down on their way of life. This consequentially leads to different types of reactions, ranging from feelings of powerlessness to rebellion and resistance. Furthermore, it inspires distrust in institutions such as politics and science. This may, for example, be responsible for the less-educated’s low receptivity to health education.'

'Our research is interdisciplinary. We combine insights from various social and behavioural sciences. We collaborate with epidemiologists, psychologists and public administration experts. The central theories - ideas about how perceptions and experiences of the less educated play a role in health outcomes and political preferences - are mainly sociological, and are formed by in-depth and long-term qualitative research. As to systematically test these theories - in other words: investigating whether they have explanatory value - we often make innovative use of methods developed in other disciplines. We combine, for example, standard sociological questionnaires with Implicit Association Tests developed by psychologists. We use this combination to investigate whether long-term socialization in less-educated environments instills unconscious preferences. Sociologists have been claiming this for decades. It is very important to investigate the existence of group-specific unconscious preferences. They are, for example, likely to be crucial for all kinds of health-related behaviours.

You can find more information about my research in here.'